Get a Free Quote Today!

GET A FREE QUOTE

Were you one of the thousands busy making deals and grabbing as much swag as possible from NBAA 2012 but finding yourself wondering what else happened at the busiest business avaition meeting of the year? Have no fear, we’ve conventiently pulled together some of the biggest stories coming from Orlando and the 65th National Business Aviation Association’s Annual Meeting so you’ll be up to par come Monday!

Fresh from it’s split from Hawker; Beechcraft has swiftly made the move to exit the business jet market and retool its existing Turboprop line. The company made a major splash at NBAA 2012 when it announced three new turboprops. Although details were limited on the expected offerings; the company did signal that one [will be] a single-engine model and another, a twin [engine]; the third model is yet to be determined at this time.

Corporate operators that depend upon Avcard to handle daily expenses are getting a boost thanks to a new co-branded card: the Phillips 66 Aviation Wings Card promises operators streamlined billing to over 7200 locations worldwide including double WingPoints at participating FBOs. The card can also be utilized for items other than fuel such as maintenance fees, landing and FBO fees, transportation, hangar rental, and even hotel reservations and catering.

One of the biggest stories coming out of Orlando this past week was the announcement that HondaJet (a division of Honda Motor Co., Inc) was beginning full production this week. Honda Aircraft president Michimasa Fujino indicated that “an assembly line for HondaJet production is in place; major aircraft components, including the fuselage and wing, have been produced; and we have started assembly of the first customer aircraft.”

The $4.5 million entry-level jet is expected to be delivered early next year following the successful completion of the flight testing program in Greensboro, North Carolina. The testing includes all six of the built frames the company has and is expected to wrap up testing sometime early next year.

As if it couldn’t get any better; manufacturer Gulfstream splashed into NBAA 2012 with news that its highly anticipated G-650 aircraft was performing better than expected and has resulted in the OEM bumping up the aircraft’s range at mach .90 from 5000nm to 6000nm.

The move means operators can fly between distant city pairs faster than any other jet on the market and highlights the advancements in the aircraft’s Rolls-Royce BR725 engines. In addition, the OEM bumped up the aircraft maximum range to 7000nm with a comfortable cruising speed of mach .85.

The G650 is on track to have its first delivery before the end of 2012 to an undisclosed buyer.

On the heels of NBAA 2012, Tamarack Aerospace has unveiled the first in a series of winglet systems designed for numerous aircraft types including small single engine aircraft as well as the popular Cessna CitationJet series. During the convention, Tamarack brought out an active Cessna Citation CJ1 twin-jet for demonstration flights. Interested buyers could then place a $10,000 deposit for the winglets at the show. According to Brian Willet, Vice President of Sales and Flight Operations for the company “The cost of the ‘Atlas’ kit is estimated to be $196,000, and we are projecting it will take 80 man-hours to install the active winglets.” Currently, Tamarack is offering customers owing CitationJets and Cirus SR22 aircraft the system; however, they plan to add them to multiple aircraft including other single engine pistons in the future. 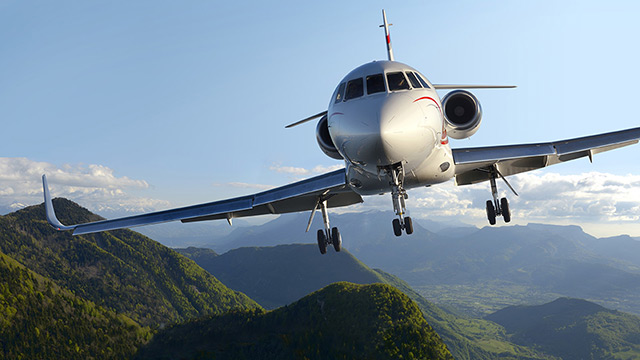 On October 29th, Dassault Falcon introduced a new version of its popular Falcon 2000 series aircraft the Falcon 2000LXS. The new Falcon 2000LXS combines the range and spaciousness of a Falcon 2000LX but adds in the impressive short-field performance of the Falcon 2000S series aircraft. The $32.8 million twin jet is expected to be certified later in 2014 and is expected to replace the 2000LX model aircraft completely thanks to the efforts of engineers on the project, who were able to remove weight from the wing structure as well as various other components; however, range and capabilities have remained unaffected. Dassault estimates the aircraft will have a full-fuel range of 4,000nm at mach 0.80, with six passengers, and NBAA IFR reserves.

If you have any questions about Immaculate Flight, LLC, comments about our products, or about this blog, please visit our contact page!